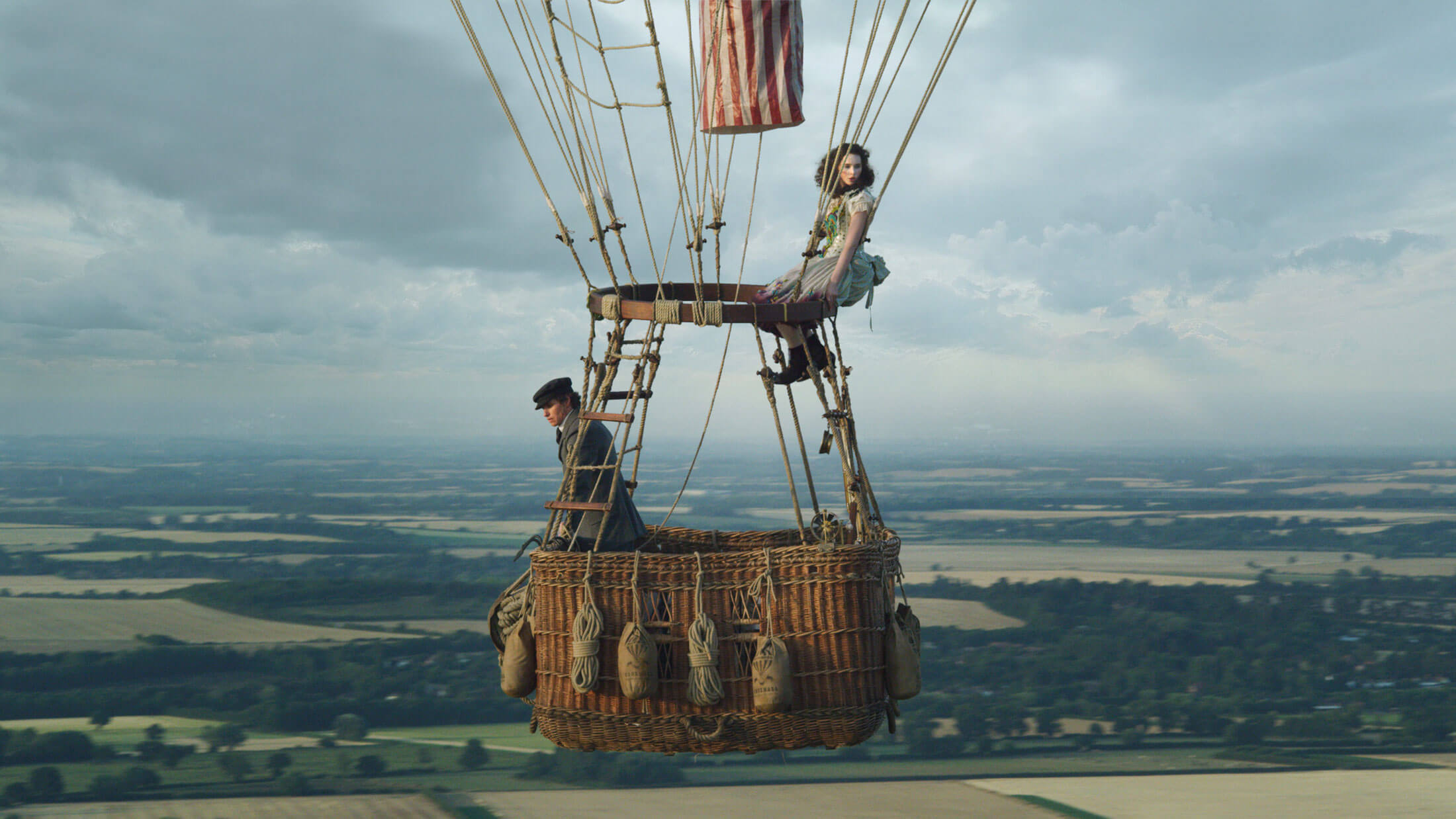 This beautiful adventure movie, directed by Tom Harper, provided one of the most brilliant opportunities for music that I have been lucky enough to have. The film, starring Felicity Jones and Eddie Redmayne, told the story of the pioneers of gas ballooning, aeronauts who were the first to fly above the clouds when no-one knew what might be found up there. The score, quite traditional in its orchestration when events were on the ground, was thus given license to take flight once the balloon had taken off, with the opportunity to sound as unique as the experiences the pilots would have. Tom and I took the approach that all the music we would hear when airborne should be generated by the wind, and thus the score I wrote was full of brass, woodwind, recorders, harmoniums, organs and the human voice. I was lucky enough to record in a range of different sized studios with markedly different acoustics, taking advantage of the way the film itself switched from the intimacy of the two protagonists in the balloon basket to the huge widescreen shots of the huge expanses of the sky to make the music shift perspective in similar ways. I met some remarkable musicians on this one… Phil Cobb plays the solo trumpet, cornet and flugel horn throughout the score and elevated the score with every note he played. I’m also enormously grateful to Richard Watkins, a superb horn player who spent time with me at the start of the project patiently helping me discover new sounds and possibilities from the instrument. The movie was released on Amazon’s streaming platform in late 2019. However, if you ever get the chance to see it on an IMAX screen, or indeed projected with it’s intended Dolby Atmos soundtrack, you’ll get the truest experience of what we were all aiming for. It’s a project I’m very proud of.