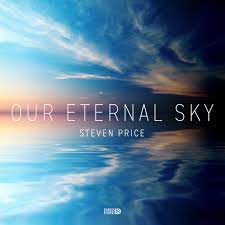 This is an album I released in early 2022, the origins of which were a series of pieces I wrote originally for a BBC series celebrating the first ever Earthshot Prize, the most prestigious global environment prize in history, designed to incentivise change and help repair our planet over the next ten years.

Working on the show reunited me with Jonnie Hughes, the director with whom I had previously worked on Our Planet, and David Attenborough – A Life On Our Planet.  With this new show being done on a much tighter schedule than our previous projects, we adopted a new methodology, where I wrote a lot of music (over four hours in the end) in advance, and these pieces could then be used in the 6 part series as appropriate.  Ultimately, what worked in the show were more minimal, often electronic variations of the original pieces, and so, in order to allow the music to be heard as originally intended we hit upon the idea of releasing this album, celebrating the project and the wonderful performances of the musicians.  I am very proud of it.

The music was recorded in April 2021, at Abbey Road Studios in London.