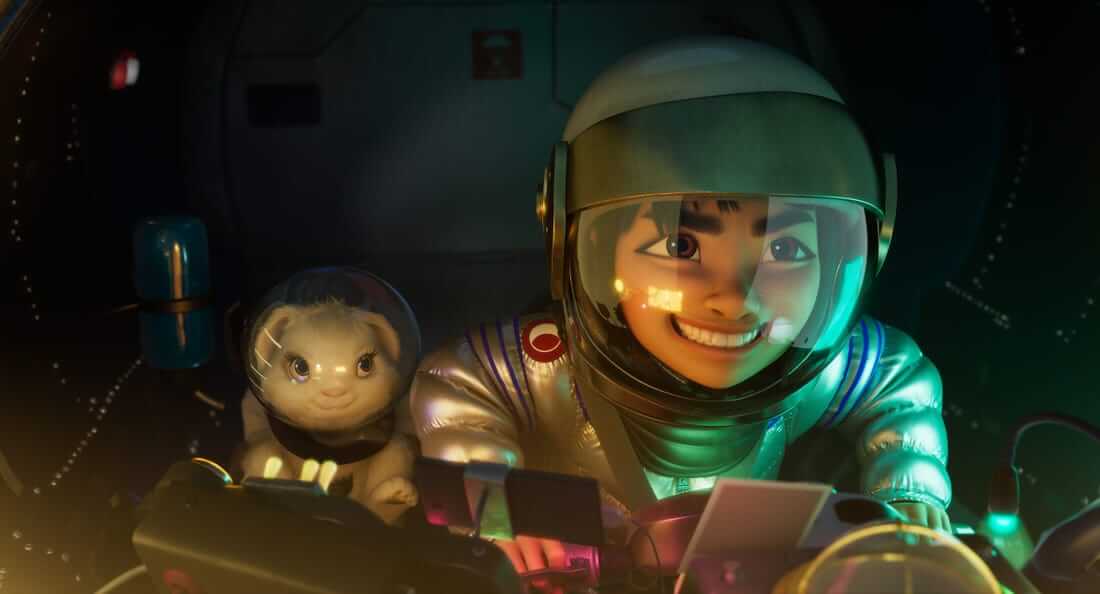 Working with Disney animation legend Glen Keane on his feature film debut Over The Moon was a memorable experience. I’ve always loved his work, and had also always loved the idea of working on an animated musical. Collaborating with Glen and his team and putting music to the amazing visuals they created was a huge thrill.

With the songs having been sketched before my arrival on the project, my job was to provide the score, composing over an hour of music for the movie. With the project drawing on the Chinese legend of the Moon Goddess Chang-e, the music needed to take the audience from the water village home of Fei-Fei and her family to the incredible vibrant world of Lunaria. Conversations with the filmmakers led me to write an emotional, melodic score that embraced Chinese instrumentation in a textural way… we were keen to avoid the usual film cliche of adding Chinese soloists to an otherwise traditional “Hollywood” sound, and thus I spent time manipulating recordings of instruments such as the gutzhen and erhu, building the shifting layers and textures that immerse the audience as we explore the dark side of the moon.

A challenging aspect of Over the Moon was that the project was written and recorded during the Covid pandemic of 2020. Originally the intention had been to record at Abbey Road, but at the last minute this proved impossible due to the lockdown rules in London. With Netflix keen to stick to the original pre-pandemic schedule, the decision was made to record remotely, with me producing sessions in Vienna from my studio in the UK, whilst the filmmakers listened in from the US. Although a terrifying prospect initially – I’d never not been in the room for recording sessions previously – the team in Vienna were excellent, and we came away with good recordings that were then embellished with solo recordings in London, and mixed at British Grove Studios in June 2020.

The film was released worldwide on Netflix on the 23rd October 2020. I very much hope to do more work in animation in the future. Something about the way the animated images evolve alongside the composed music makes for a brilliantly collaborative and creatively exciting process, and I hope to explore it further.